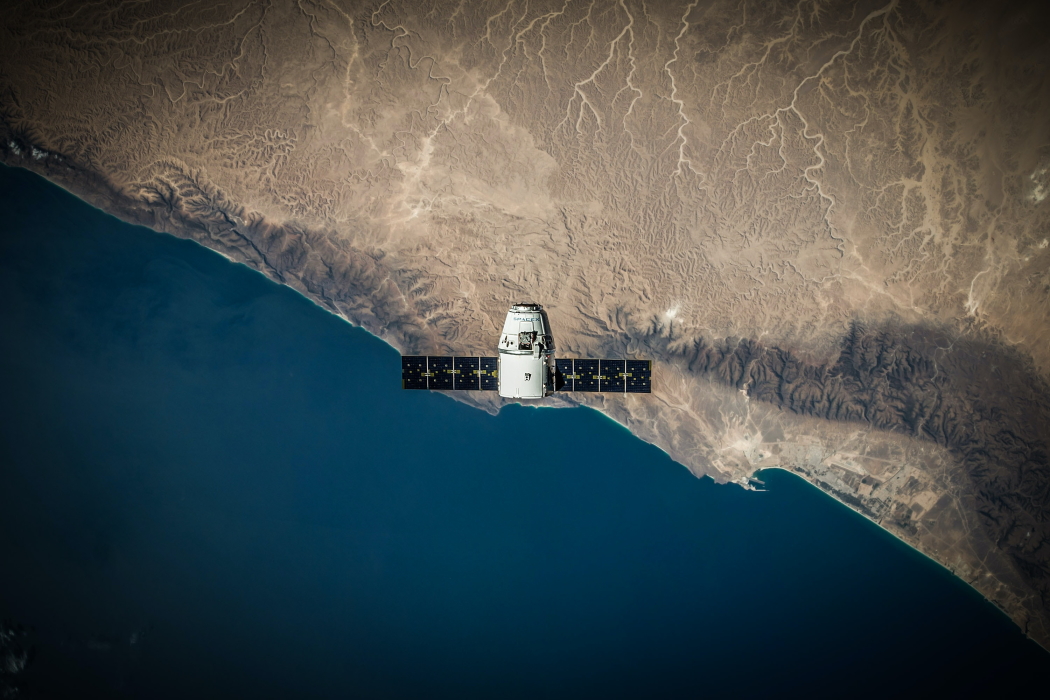 Oftentimes, you may have seen bright objects or tiny spots of light traveling aloft the night sky. For alien hunters and Astrophiles, that could mean something! Little green man? Very unlikely. Chances are they could be man-made satellites like the ISS or Hubble Space Telescope hovering silently or maybe just a lonesome meteor traveling through our atmosphere.

Satellite tracker/finder applications are able to track or distinguish different satellites and other man-made objects using just your smartphones. They can help you identify artificial satellites and other sky objects through alerts and predictions or by showing the exact location of these floating objects gliding overhead.

Here are the top five satellite tracker/finder apps that are highly reliable and could be a game-changer for your favorite hobby: 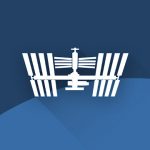 Developed by RunaR, ISS Detector is just the right app for those who want to observe the International Space Station. The app allows you to see the time and location of the ISS passage by sending you an alarm beforehand so that you don’t miss it. It has a very simple interface, so figuring it out won’t take much time.

Also, an amazing feature like the radar finder allows you to align your device with the satellite in real-time, making it even easier to spot the station. Its inbuilt compass is designed to navigate and provide an accurate direction of where the ISS will appear in the sky.

For full functionality of the app, you will need extensions that come with an in-app purchase. Once you make the purchase, make use of the Famous Objects Extension to track not only the ISS but also SpaceX satellite trains, Hubble Space Telescope, rockets, and even planets and approaching comets. 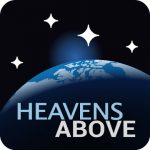 If you’re a space enthusiast, you will definitely like this application. The app works by identifying different lights and objects in the night sky and correctly predicting the positions of satellites and other celestial objects. You easily get the predictions on your phone, all you need is a data connection every few days.

The app’s tracker is quite easy to use. Once you align your device towards any object in the sky, it will do the scanning in no time. With the Live Sky Chart feature, you can know what’s flying over your head in real-time. Also, predictions for passes of ISS and other visible satellites are on point. The app not only tracks satellites and comets but also provides detailed information about them.

The app also features night mode to preserve your night vision and calendar integration to remind you about the next passes. 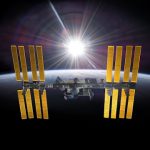 Packed with augmented-reality and virtual-reality modes including voice commands, Orbitrack is an advanced satellite tracking app that makes your space adventure more practical and authentic. In short, the app lets you scan for satellites using your device’s camera, GPS, and inbuilt motion sensors.

What’s more exciting is that it has a database of thousands of spacecraft including every active orbiting satellite, space debris, visible rocket boosters, and even classified military satellites. Unlike its predecessor Satellite Safari, Orbitrack’s interface is clean and faster to use.

In addition, the app comes with rich graphics where you get to see amazing Earth’s city lights and sharp 3D satellites models. Not only does it predicts satellite passes but also lists radio frequency data for amateur radio satellites. Orbitrack is like a mini satellite encyclopedia. You will get a blow-by-blow description of the International Space Station and hundreds of other satellites that are in orbit. 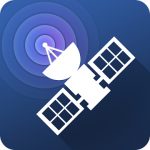 Designed by award-winning developers, Satellite Tracker stands tall among other similar apps due to its stunning visuals, amazing features, and friendly user interface. The app carries a vast collection of different satellites with crucial information and description about each of them.

With this app, detecting satellites rest at your fingertips. All you need to do is select any satellite from the list and check its location in real-time. If you think you might miss the next pass, set the flyby timer so that you can find out how much time is left for the next satellite’s pass. 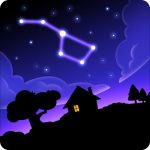 Exploring the universe through your smartphone can be a lot of fun using the SkyView Lite app. This app has a really cool interface and brings the wonders of space to the tip of your fingers. It uses augmented reality that provides an enhanced and composite view of objects in the sky, day or night.

You can identify not only satellites but also stars, galaxies, constellations, and planets by just aiming your device’s camera at the intended position. All you have to do is click the search button and select what you want to look up. Also, the app supports Space Navigator scopes and binoculars which is quite similar to a car’s GPS system.

Cool features like Time Travel and Sky Paths make SkyView Lite even more fun to use. You can literally jump through time to see what the sky looks like on different timelines! Plus you can capture and share your favorite images with friends and family. The app does not even require a data signal or GPS to function.

Space fascinates everyone. Doesn’t matter if one is young or old, rich or poor. It’s educative as well as can be your favorite stress buster.

If you’re a beginner, make sure you understand the basics first, before diving in for pricey equipment. First off, satellite tracker applications are no rocket science. They are just mobile apps designed to simplify your sat-tracking endeavors. These apps can save you a huge amount of time and money. There are a number of Android and iOS apps that let you observe any number of sky objects like satellites, planets, constellations, and other night-sky objects. Just make sure to download the best ones.